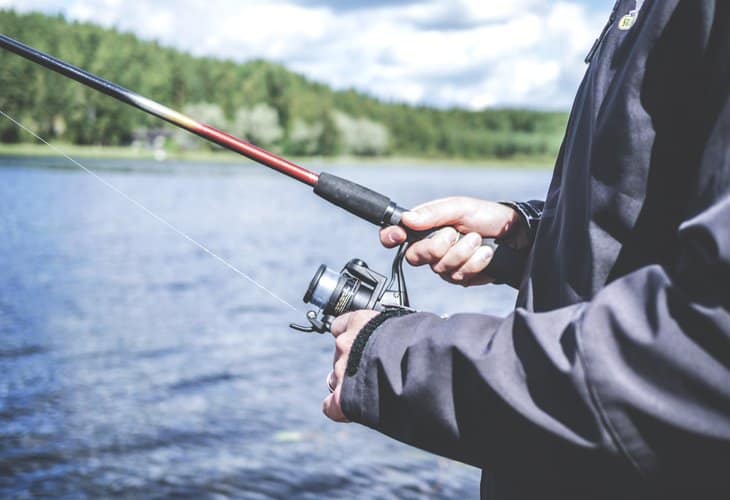 How Do Fish Finders Work

Whether you are a fisherman or a sports fellow, a fish finder comes in handy to make your underwater experience easier. Before we get into the details of how these gadgets work, it is imperative  to know what a fish finder is. It is an instrument used to locate fish underwater.  A fish finder has the capability of identifying the exact location of the fish. The need to develop this kind of technology can be traced back to World War 2; its purpose was to track enemy submarines easier. 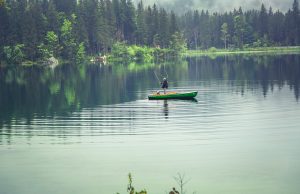 Components of a fish finder

There are a few components of a fish finder namely;

This is the part where the readings are made visible to the user. Some modern fish finders can show a three dimensional image on the screen.

A transducer serves a dual purpose, as in, it both emits and receives sound waves to and from the floor of the ocean, sea or lake. In other words, it sends sound waves into the water, once the waves come into contact with something  in the water, the size of the object is estimated and the depth also, it then sends it back to the display where the results can be interpreted.

The Gray-line, also known as the color-line, helps fishermen distinguish between hard and soft bottom. This is important because with this feature, a fisherman can determine whether the object close to the bottom, is attached to the bottom or not. If it is attached, then that might be a rock, but if not attached, there is a big chance it might be fish.

This feature, as the name suggests, gives an exact depth of targets. It consists of a horizontal line which can be moved to any location on the screen. The depth can also tell you the type of fish you expect to find in a particular environment.

The zoom property allows you to have a better view of a section of water. If for instance you zoom to the bottom, you get a detailed view of the fish and other objects.

A GPS can chart your position and track on top of a map. A GPS comes in handy for navigating the waters, looking and identifying new areas for fishing  and making waypoints where necessary with the aim of returning to those exact locations at a later time.  Some fish finders come with an internal GPS.

I would like to give a brief illustration of how a fish finder performs its function.

An electrical impulse  from a transmitter, which is connected to a transducer,  located in the boat, is converted to a sound wave and is sent into the water. Once an object, such as fish comes into contact with this sound wave, it is reflected back to the display where the size and shape of the object can be determined. This technology is known as sonar.

In order to find out the exact location of a fish and where it lives, temperature and pressure sensitivity capability of a fish finder comes in handy. Sensitivity also helps in identifying small objects in the deepest parts of the ocean.

The process can be repeated a number of times per second. This results in having a better view of the bottom of the ocean versus time. If the frequency of the fish finder is high enough, you get to see more detail on the screen. The distance of the object, such as fish or even a rock, can be determined easily by calculating the time between the signal from the transmission and the received sound waves. This is made possible because the speed of sound in water is constant at 4800 feet per second.

Of course do not forget to use the zoom function, especially in deep water. In 200 feet of water  you might think there is nothing under there, because visibility in such depth is low, but if you look closely, you can find swarms of fish.

One thing worth noting

Due to the technology used, fish finders do have a weakness. Since they rely on sound waves, sometimes it may not be able to distinguish between a structure such as a rock and fish, especially if the structure is of similar shape as that of fish. This limit to visibility under water is a setback. However, somebody trained to use and interpret results displayed can work around this. A skillful individual will be able to distinguish waves coming after getting reflected from fishes, to those coming from stones and other obstacles.

The simple truth is, fish finders are far more valuable for locating places the fish spend most of their time than locating actual fish. They do a good job locating a large underwater structures, such as reefs, which may be holding fish, but what appears on the screen may not be the correct representation of what lies beneath. It is, however imperative to study underwater charts in order to have an idea of the fishing area before getting wet. From this a viable structure is identified.

Once that is done, the structure should be studied and examined as many times as possible from as many different angles as possible with the fish finder. This will show features that would otherwise not be discovered if it was only examined once. To sum it up, a fish finder works best with an experienced and skilled individual operating it.

How to Read a Fish Finder Screen

How To Install A Fish Finder