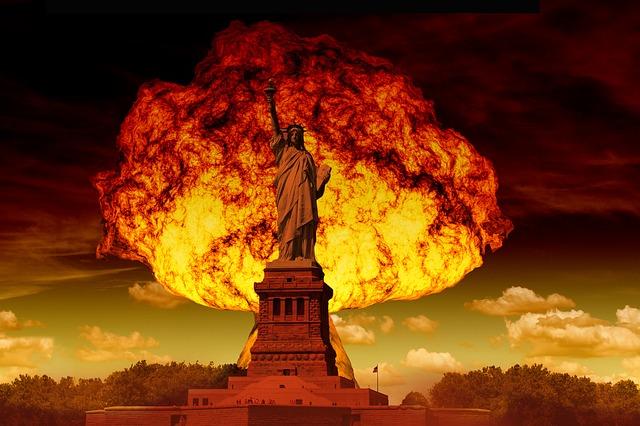 How To Survive a Nuclear Blast

It is important to be well informed on how to survive a nuclear blast. While it may not seem likely, a nuclear attack is still an existing threat, and the constant bickering between the US and North Korea is a powerful testimony. But the threat is not just from these two countries. While the US is one of the most well-supplied nuclear powers of the world, there are other countries like Russia, China, France, Israel, and more that could start a nuclear war.

Even more, if you were unlucky enough to witness the nuclear bombs that made history (Hiroshima and Nagasaki), you should know the nuclear missiles available today, are a lot more powerful. Such a missile will wreak havoc on a huge area around the detonation spot and would cause a chain of mass destruction that will be very difficult to stop.

This is why it is very important to know what to do in order to survive such a dreadful situation. Below we put together a list nuclear attack survival tips and actions that will help you stay protected from deadly radiation.

7 Tips on How to Survive a Nuclear Blast

Given the fact that it is recommended to stay inside (ideally in the shelter) for about two weeks from the moment of the attack, it’s best to have some supplies put aside. This includes water, food, clothes, plastic bags, rubber gloves, first-aid kit, hygiene items, and anything else you and your family will need to survive.

When it comes to foods, it’s best to stock up on non-perishable foods like canned goods, flours, pasta, sugar, beans, and so on. The water should be stored in large plastic containers, away from any sunlight (you should have 1 gallon of water per person, per day). Now, it’s best to do a regular check of the food and water and replenish the stock when some of the expiration dates get close.

#2: Keep in Touch with the Outside World

It is very important to have the possibility to get updates on the situation from the authorities (or other survivors), but it’s equally important to be able to send messages (in the case you may need help). However, a nuclear blast will most likely render most modern communication systems unusable so you have to focus on traditional ones like emergency radios.

You should also keep the phone close by, in the case the phone towers are restored in the area. It also helps to get a solar charger for all the devices you want to use.

These can make the difference between life and death and you must think ahead. The first aid kit is a must-have, but you should also include over the counter pain relief drugs, disinfectants, bandages, ointments, and any other prescription drugs you may need. In the case of a nuclear attack, not only there won’t be any open pharmacies; the ones that remain standing will be looted during the first days.

The main threat from a nuclear attack is not from the initial blast – this is a powerful explosion and it will burn and destroy everything that catches in sight. However, the main threat is from the radiations emitted by the explosion. These can’t be seen, but they affect the internal organs, burn the skin, and overall poison everything around.

Now, there are ways to stay protected, and the first tip is to stay in the shelter for the first two weeks. After this, the level of radiations will be reduced (it can still affect you but on a smaller scale). Another way to protect yourself is to use plastic sheets to cover your skin and clothes. And this is where you’ll need plastic bags, duct tape, a dust mask, and anything else you can think of to improvise a protection suit.

We did mention the shelter before, but we didn’t yet mention what this is, per se. The shelter is a location (existent or specially created for such an event) where you should have access to the supplies and be protected from the radiation.

The best nuclear shelter is underground and the walls should be made of materials that are difficult to be penetrated by the radiation such as steel, rock, or concrete.

If there was a nuclear attack and you managed to reach the shelter, don’t leave it for at least 48 hours. This is the crucial period when radiation is the strongest. After 48 hours, the level of radiation is reduced by half and it will reduce progressively as the time passes.

Specialists recommend staying inside for at least two weeks, but if you absolutely must go outside, avoid the first 48 hours!

You can’t rebuild the world on your own and compassion is a powerful human trait. So, if you meet other survivors, offer them a place in your shelter if you have enough supplies. If not, at least offer them treatment (radiation poisoning or burnt skin is not contagious) and care for their wounds.

The idea of a nuclear war should be scary for everyone, but the lack of information on the topic allows us to let it somewhere in the background. Still, it’s best to know what to do in the case such a dreaded event happens and how to survive in the new world it will create.

How to Prepare For a Hurricane