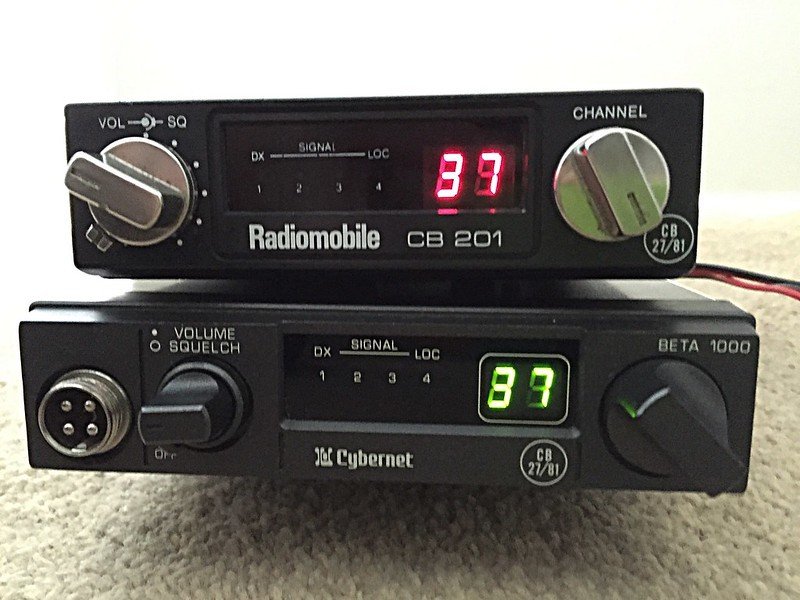 What Is a CB Radio? – Beginner’s Guide

You’re a radio enthusiast and you never seem to get enough of radios. And unlike cellphones, you find radios more reliable.

Or probably, you’re new to the world of radio and you can’t wait enough to get hold of your first radio.

Whichever the case, I have some great news for you.

And the best part: you can’t get these anywhere else apart from a CB radio.

Therefore, this prompts the question: what is a CB radio and why is it that important in radio communication?

Stay put for that is what you’re about to discover.

So, let’s jump right in!

What is a CB Radio?

CB is the most popular name for Citizens Band Radio Service (CBRS) and is commonly used for two-way and short-distance voice communications.

But that’s not all:

You can also use the radio service for; private communications, voice paging, and personal and business interests.

But what makes it more beneficial and attractive is the freedom of use. And did I say it’s open to the general public? Yes…it is!

But again, there’s some catch to this.

The following groups of people can’t use CB radio services.

And the best part, there is no restriction to channel use. Thus, any person– whether an individual or corporation– can use all the 40 channels.

Nevertheless, you need to observe the channel regulations set by FCC. For one, channel 9 is exclusively set for emergency alerts.

Another unique channel is on channel 19. It’s right in the middle of the range hence stronger and is used by the truck drivers for road updates.

Moreover, all channels are shared, thus, FCC requires that you give priority to emergency calls on all the CB radio channels.

But, you’re probably wondering what SSB entails. Hold that thought for I’m about to show you in a few.

So, back to where we were. If you’re transmitting on AM signals, you’re restricted to a maximum power output of 4 watts.

On the flip side, transmitting on SSB allows you up to 12 watts peak envelope power (PEP).

This explains why you should be transmitting on SSB mode. It’s simple! The higher the power output, the more efficient the radio operation.

That said, you need to comply with FCC power regulations. These are;

Owing to power output, CB radio service can cover up to a maximum range of 250km (155.3 miles). This is the set maximum limit by FCC.

And the reason for this: CB radio is designed for short-range and local area communications.

Nevertheless, there is set a limit for motor vehicle users. Thus, they’re only allowed to cover up to 15 miles or 25 km.

However, for the users operating from fixed locations, they are only allowed to cover up to 30 miles or 50 km.

But there is more to operating CB radios. Therefore, to be on the safe side of the law, you need to check out for the complete FCC guidelines.

First, CB radio channels are shared thus, you need to only take a maximum of 5 minutes per call. And if you wish to hop onto another call, then you need to allow at least a 1-minute time difference.

Second, the regulations allow you to use an on-air unique identity in the form of a “handle”. The best part is that you’re allowed to pick one according to your preference and liking.

Third, you are at liberty to use an CB antenna of any height. There are no restrictions regardless of whether you’re using a mobile radio or a handheld radio.

However, for structures, your antenna should not be more than 60 feet from the ground. Moreover, you are subject to further height restrictions if your operating near an airport.

Do you remember single sideband (SSB) mode — one of CB radio operation mode? It’s time to revisit that thought.

What is SSB Radio?

SSB or single sideband is one of the signal modes under which CB radio channels are operated. It’s an improvement of the AM (amplitude modulation).

Because of this, SSB is more efficient and reliable for two-way radio communication and analog transmissions.

It’s also worth noting that SSB mode operates on the high frequency (HF) segment on the radio spectrum.

But this is just a scratch on the surface. Below are some of the benefits of SSB mode that makes it the best option to opt for.

CB radio is a great tool for voice communications. And it’s more relevant to certain groups of users than others. So, let’s get down to that.

For a long time, the use of CB radio was associated primarily with Truck drivers. But like everything else, change is inevitable.

Today, lots of other users have emerged. Some of these include; Hobbyists, motorcyclists, RV owners, and off-roaders.

Generally, CB radio is dependable and can be used in establishing and maintaining organization between groups of users.

More critical is the emergency alert updates. This helps users in keeping off from hazardous areas and in time planning and management.

Here’s a deeper dive into why each category of users prefers CB radio.

Check this: CB Shop Near Me – Things To Consider

Truck drivers rely on CB radios for road-related essential information. To that effect, they use their own special coded language to communicate amongst themselves.

Brake Checks-– road events such as construction works, or even accidents require oncoming trucks to slow down when approaching the scene.

Therefore, Truckers rely on CB radio to updates each other on such speed interruption necessities.

Traffic Updates-– Traffic snarls are notorious for causing delays. Truckers rely on CB radio for traffic updates so that they avoid the affected roads.

And the main reason for opting for CB radio is because cellphones and apps are sometimes unreliable.

Like truckers, Rvers and Motorcyclists need to stay abreast of the latest road events. Lucky for them, they can benefit from updates given by Truck drivers.

In particular, as a Rver, you will find CB radio handy when you get to areas with poor cellphone signals.

For Motorcyclists, CB radio is useful for updates especially when it’s a group of riders. This is necessary when taking part in group events.

This category includes; hikers, fishers, and hunters. This group values their time and that explains why they don’t like destruction.

Cellphones are a major cause of destruction. From emails to instant messages, one can easily lose focus. That’s why CB radio is useful here.

So, how did CB radio come about? In the next section, I show you a brief history of CB radio.

In 1945, the FCC created the CB radio service. This was in response to the need for average citizens to engage in personal communication.

Also, at this point, the radio operated on class A and B frequencies with a range of 460-470 MHz. Unfortunately, these frequencies were not a good fit for casual users at that time.

To curb this, the FCC introduced 23 new channels in 1958. But again, these were later expanded to the current 40 channels.

Also, one needed a license to operate CB radio. However, today, you don’t need a license for as long as you’re complying with FCC regulations.

However, these alternatives can’t completely replace CB radio. But first, let’s have a look at why they are considered as alternatives.

To know your location, you can rely on GPS function to help you with navigation whether you’re a trucker or a hiker.

GMRS is high powered and with better signal. However, it’s quite costly and you need to have a license to operate GMRS equipment.

As you can see, each alternative has an upside and downside. Thus, they can’t completely replace CB radio.

So what does all this mean?

CB radio is best for two way, private, and short-distance communications. Now, you need to take the next step. Today, you can start using CB radio equipment for personal and business needs.