How Does Ham Radio Work?

How does ham radio work? This is a question many people ask. Before we get to the details of how a ham radio works let’s get to know more about ham radios. A ham radio is also known as amateur radio. It uses radio frequency spectrum for purposes of non-commercial exchange of messages, wireless experimentation, self-training, private recreation, radio sport, contesting, and emergency communication. A ham radio is a popular hobby and service that brings people, electronics and communication together. Ham radio has been used to communicate with others across towns, other parts of the world and even in space, all without the internet or cell phones. It’s a recreational activities to some, very social, educative and has been a lifeline during times of need.

Check this: Ham Radio For Beginners

Ham radio came into being when Italian inventor Guglielmo Marconi adapted radio waves that was proved to exist by Heinrich Rudolf Hertz in 1888 into a communication system in the 1890s. Ham signal range varies widely based on the equipment and band being using. A handheld ham radio gets a few miles in most circumstances, while a base station on HF bands can bounce off the atmosphere to talk around the globe. Ham radios can transmit/receive in AM, SSB, FM, RTTY and other modes. It provides a better range compared to CB radios. They give 1.5k Power compared to 12Watt Maximum power (SSB) of CB radios.

Amateur radio is coordinated and represented worldwide by the International Amateur Radio Union (IARU) which has as its members, the national amateur radio societies which exist in most countries. Though recent data on the population of people using amateur radio is not available, in 2011 it was estimated at 2 million by the American Radio Relay League (ARRL). 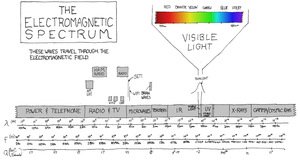 One does not need to purchase the equipment, nor to listen(monitor) to the many Ham radio frequencies. However, an FCC, which governs the use of amateur radio in the USA,  requires one to get a Licence to transmit on Amateur Radio Frequencies in the USA. The licenses validity is 10 years from the date of issuance or renewal. Renewal of the license can easily be done online. The entry-level license/Technician Class, is granted after an applicant successfully completes a written examination.

Hams use a variety of frequencies for communications allocated by the FCC for amateur use. Anyone can can “listen in” via their own receivers or radio scanners. Ham radio may operate from just above the AM broadcast band to the microwave region, in the gigahertz range. Many ham bands are found in the frequency range that goes from above the AM radio band (1.6 MHz) to just above the citizens band (27 MHz).

Unlike radio frequencies used by FM radio and TV stations, which are line-of-sight and therefore limited to 40 or 50 miles, short-waves “bounce” off the ionosphere from the transmitter to the receiver’s antenna. The higher the frequency, the “shorter” the wavelength. While some ham radio operators use voice, others use Morse code. Morse code signals (beeps) is ideal to transmit message when voice transmissions cannot go through. There are also very many digital modes as well, and hams use radio modems to communicate in various networks.